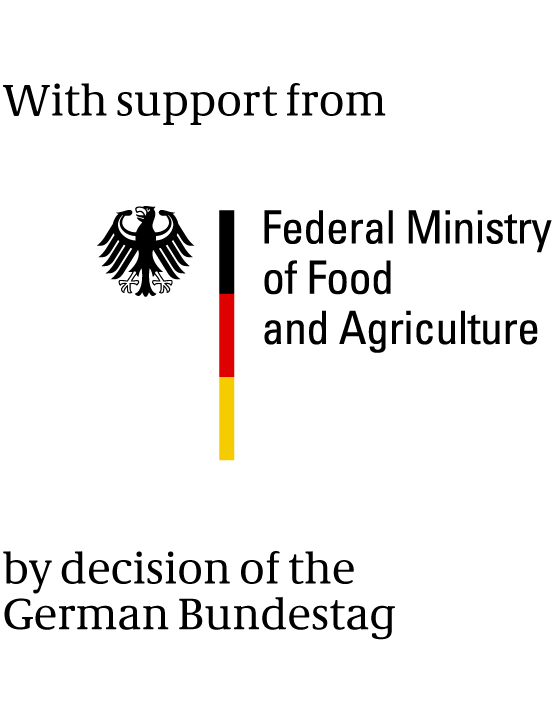 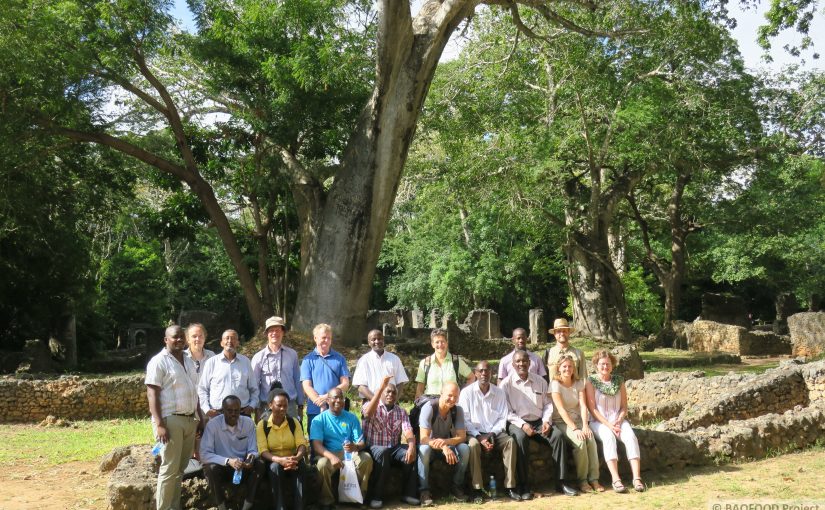 The BAOFOOD project partners met in Kilifi, Kenya, to discuss the progress of the project and the necessary next steps. Results from ongoing research activities were presented and upcoming surveys discussed amongst the different work streams in order to be able to finalize the project in 2019.

The site of the pilot plant was visited where construction works have already started to set up the community-based baobab processing facility for the production of high-quality baobab powder and oil with and for the local communities. This was alongside an open-day where members from the local communities showcased currently available local baobab products. Furthermore, new baobab food products such as cookies, curry sauces and savory pancakes with a potential for the local market were presented and tested. 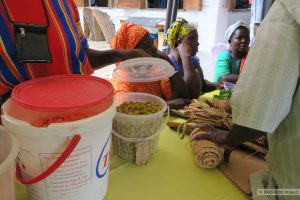 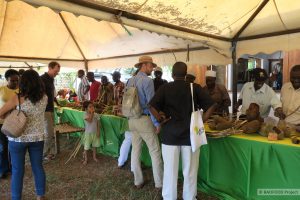 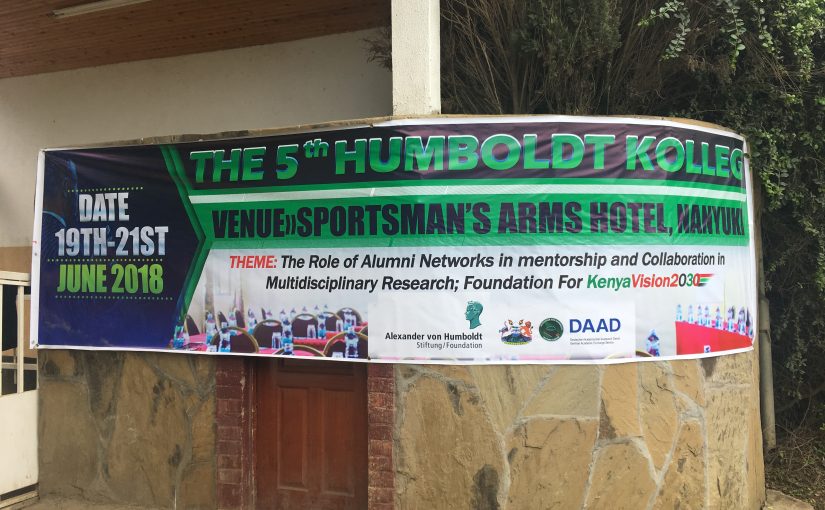 Prof. Jens Gebauer from Rhine-Waal University of Applied Sciences, Germany presented the BAOFOOD project as well as the great potential of this important multipurpose tree species in Eastern Africa at the 5th Humboldt Kolleg, which took place from the 19th to the 21st of June in Nanyuki, Kenya. The Humboldt Kolleg is connected to the Alexander von Humboldt foundation and aims to bring together university-based researchers, policy makers, industrialists and those involved in the commercialisation of research results to share best practices and experiences, exchange knowledge and collectively identify practical ways to address common challenges. 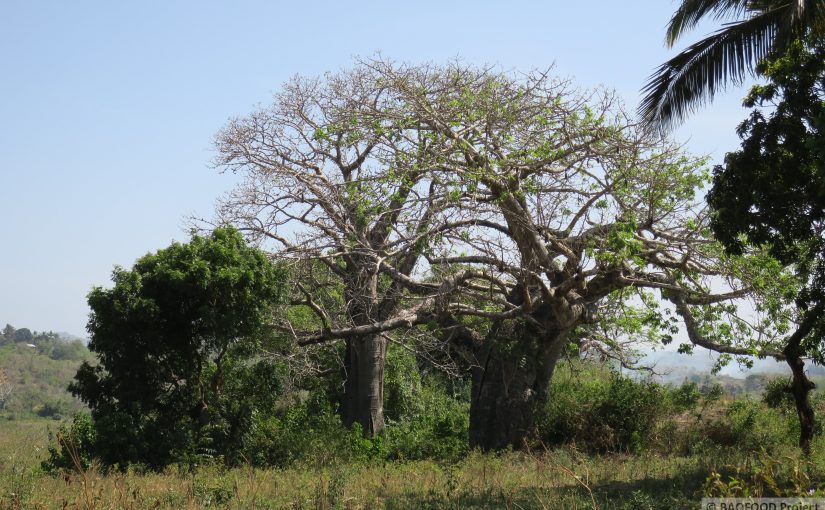 Under the lead of the NGO Wild Living Resources, the Baofood project partners Phytotrade Africa, ttz Bremerhaven and Rhine-Waal University recently met in Kilifi, Kenya for a fact finding mission to pave the way forward for the set-up of a community based enterprise to produce high-quality baobab products. Different producers and processors of baobab products in the area were visited in order to identify the optimal organizational and technological set-up of the enterprise. The implementation of the pilot processing unit in Kenya aims to make advanced baobab products available to the community, thereby contributing to improved nutrition and food security and, at a larger scale, demonstrating the technical feasibility and economic viability of the project. 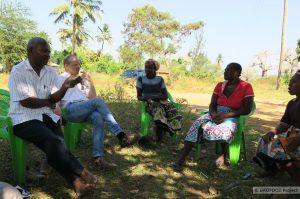 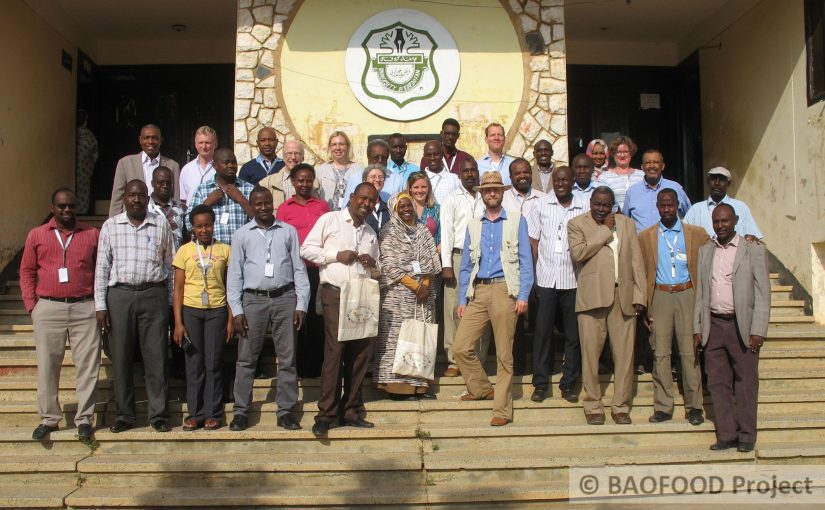 The BAOFOOD project partners met again in El Obeid, Sudan, to discuss the progress of the project and the necessary next steps. Hosted at the University of Kordofan, results from ongoing research activities were presented and upcoming surveys discussed amongst the different work streams. Trips to the field, such as baobab distribution areas as well as local markets, supplemented the program, to get a hands-on experience of the baobab-sector in Sudan. 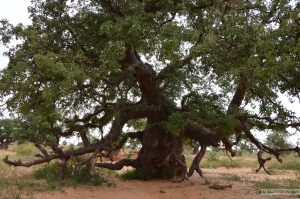 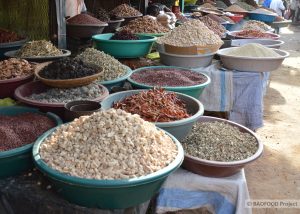 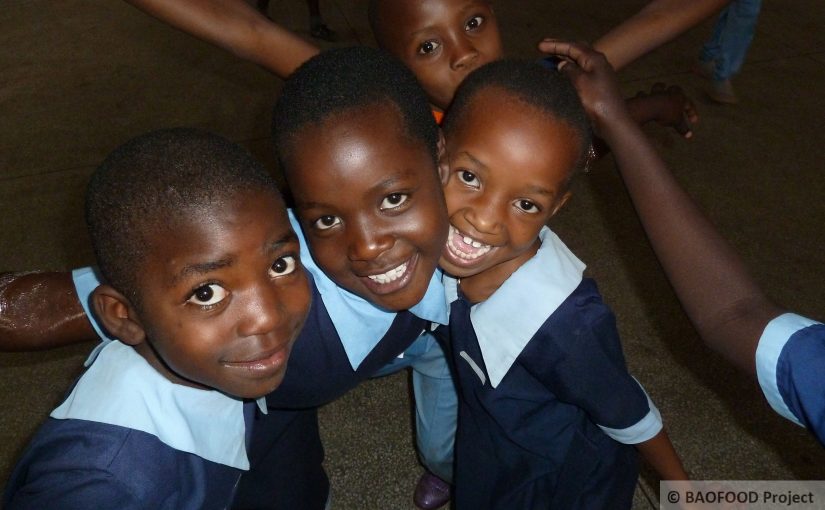 Baobab-pulp contains significant amounts of iron and vitamin C, which possibly enhances the bioavailability of iron. The baobab intervention study investigates the role of vitamin C from baobab-pulp in alleviating iron deficiency problems.

The study, which took place in a school in Nairobi over 11 weeks, has recently been completed. During the intervention, each child in the intervention group received a cup of drink containing baobab-pulp, while each child in the control group received a cup of the same drink without baobab-pulp. Children from both groups consumed their drinks in addition to the regular school meal. 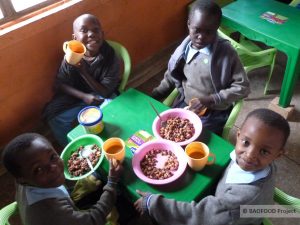 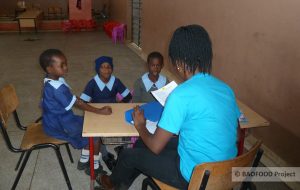 Prior to and after the baobab intervention study, several variables of the nutritional and health status of enrolled children were assessed by anthropometric and clinical screening and blood analysis, the data of which is currently being analyzed. 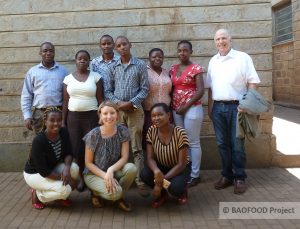 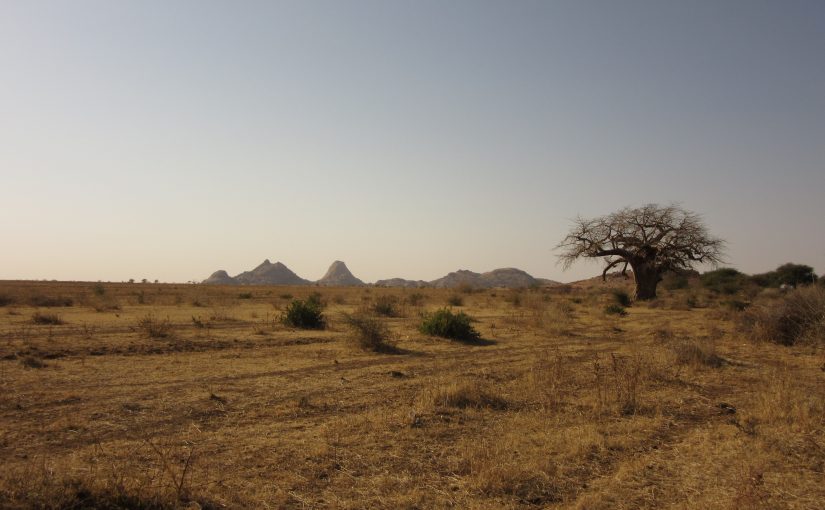 A joint field trip amongst members from WP1, WP3, and WP4 took place at the end of January and the beginning of February 2017 to coordinate and align the research activities in Sudan. Colleagues from Germany (Rhine-Waal University, University of Giessen) visited the Sudanese partner universities (University of Khartoum and the University of Kordofan) who facilitated visits to the baobab collection and production areas in Kordofan North and Kordofan West as well as local and urban markets in El Obeid and Khartoum. The researchers found plenty of baobab fruits on the markets that are traded throughout the year. In the production areas information was collected on consumption of baobab, processing and marketing, patterns in baobab use and trade, as well as on growths patterns. For the case study sites, results from recent baobab mapping and characterisation activities are currently being evaluated and sampling frames for upcoming producer and value chain analysis established. 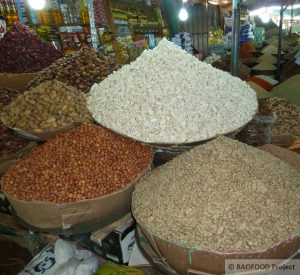 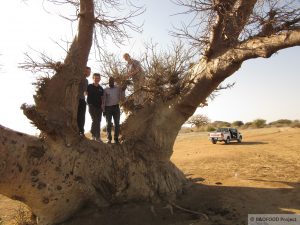 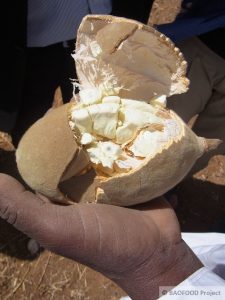 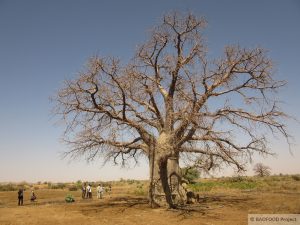 Members from the Rhine-Waal University of Applied Sciences visited the BIOFACH trade fair for organic food and agriculture to broaden the network with the baobab community and inform about the project. Project partners (e.g. PhytoTrade Africa) as well as different producers of baobab products (e.g. Berlin-based africrops!, B’Ayoba from Zimbabwe, Baobab Products Mozambique, EcoProducts South Africa, Biomega from Austria, or Matahi from France) and further potential scientific collaborators (e.g. Beuth University of Applied Sciences Berlin) were met and opportunities for further collaborations explored. 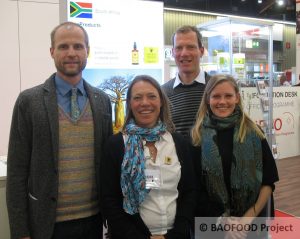 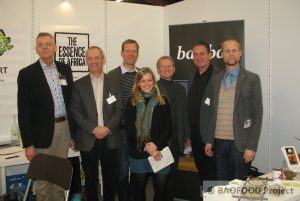 Meeting Sarah Venter from EcoProducts South Africa (left), the africrops! team and Prof Schweikart from the Beuth University of Applied Sciences Berlin (right), as well as Gabriele Fernsebner from Biomega (below)

The German company africrops!  recently visited the Rhine-Waal University in Kleve to exchange on baobab-related activities in Eastern and Southern Africa and discover opportunities for future cooperation. africrops! is a German supplier of fairly traded and sustainably produced plant products from Africa, particularly baobab and moringa, as well as a provider of capacity building and training activities for partners on site in Africa. END_OF_DOCUMENT_TOKEN_TO_BE_REPLACED 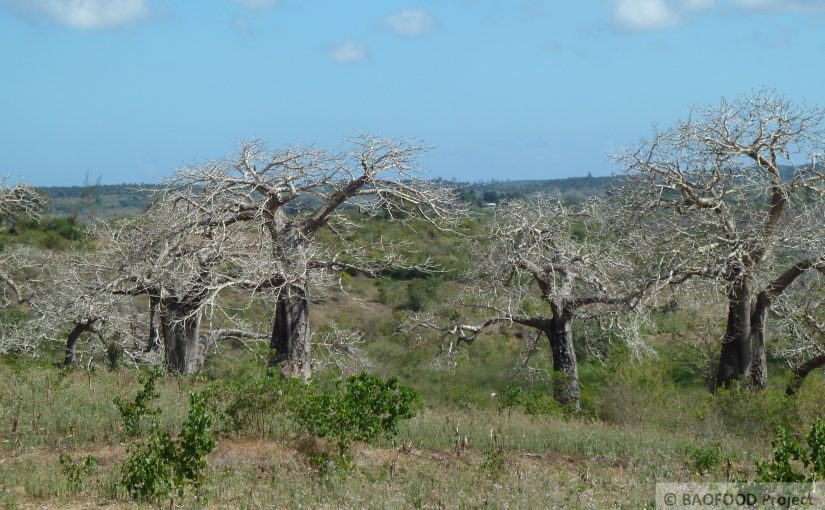 Coordinated by WP4, a joint exploratory field trip was carried out by WP 2, WP 3 and WP 4 from the 17th to the 21st of October 2016 to the case study sites of Kitui, Kibwezi, Kilifi, and Kwale, Kenya. Information was collected on issues such as the collection, processing and trade of baobab products, food habits of the population (with special regard to the consumption of baobab products), as well as the growth patterns of baobab trees. END_OF_DOCUMENT_TOKEN_TO_BE_REPLACED 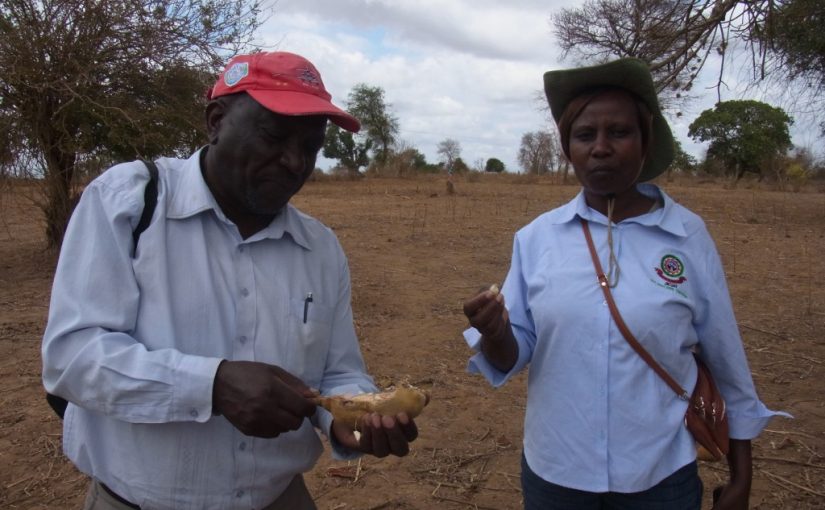 First scoping visits to Kilifi as well as Kitui county in Kenya marked the beginning of the field activities for work package 1 (sustainable use of baobab resources, domestication).  These visits demonstrated that the fruiting season at the coast is currently taking place and, therefore, research activities to map the trees and assess their morphological intra-specific diversity are currently being planned in detail. Unfortunately in the Kitui area no fruits could be observed at this stage so the sampling activities have been postponed to April 2017. END_OF_DOCUMENT_TOKEN_TO_BE_REPLACED